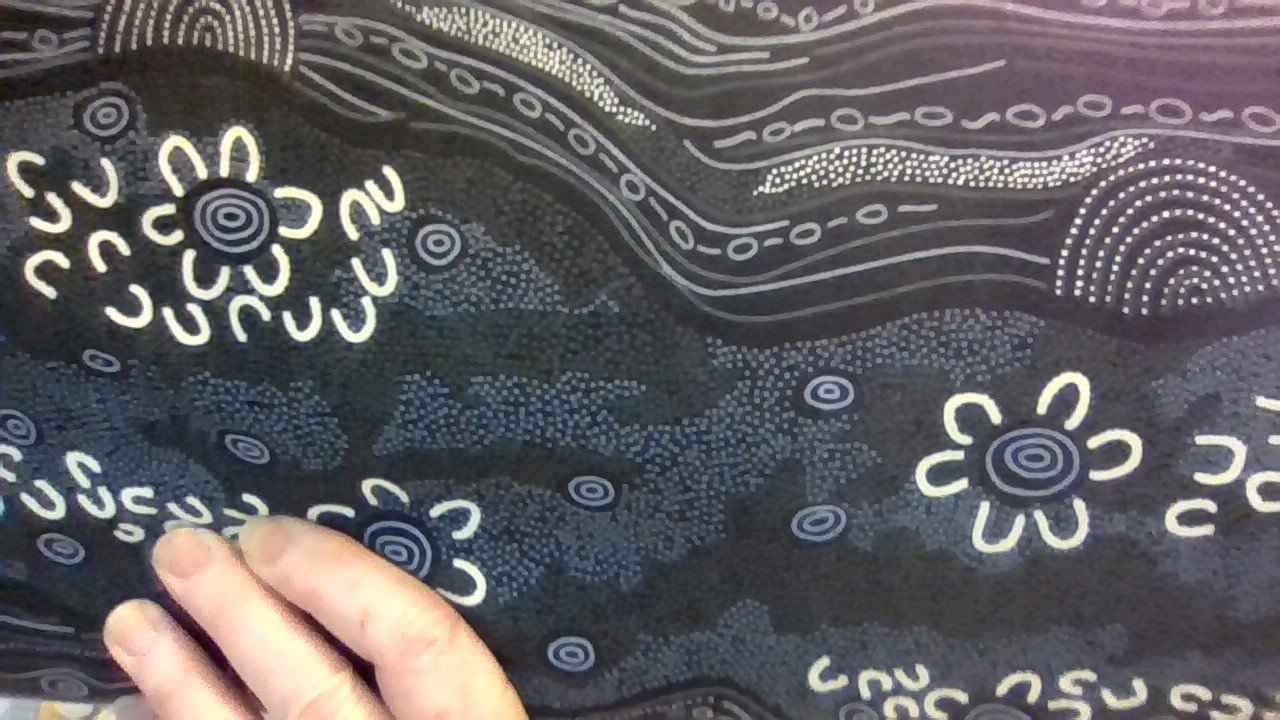 Sandy Creek is a beautiful place in Northern Territory of Australia. Many people visit this place every year to see a wonderful waterfall called Tjanera Fall. There are some Aboriginals who interact with tourists, telling Dreamtime Stories and involving them in the timber cutting activities.
Janet Long Nakamarra is an experienced and intelligent designer. In this design, she depicted the plain land under the waterfall and the surrounding area. Some people are sitting around the waterhole and some are walking around, whom Janet skilfully depicted with semi-circles.
Janet's Sandy Creek design is vibrant and bold. Underground Water and Fire Dreaming are some of Janet's famous designs from MandS Textiles Australia